We are proud to announce that Chat Crecer won a Webby Award in Social Media Health category.

About the Webby Award

What users and doctors think about the virtual assistant 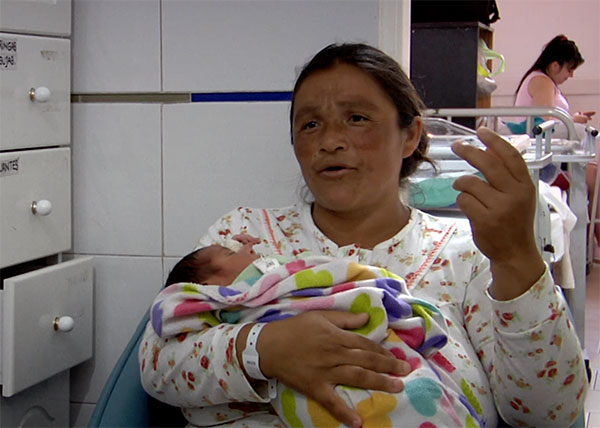 “I like it because I can talk to her when I feel lonely.” 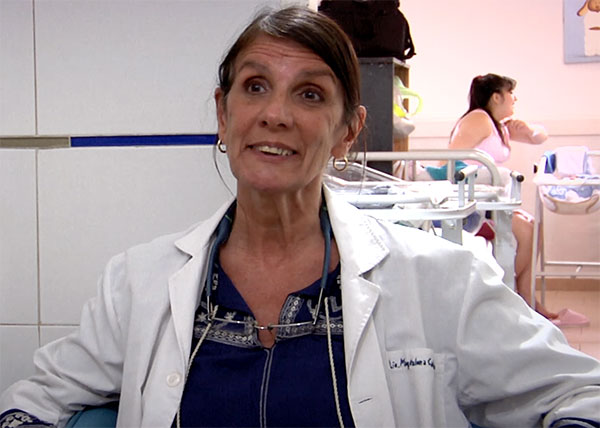 “I see the mothers very excited about the chat, and the information is very useful.”

“It helped me discover hospitals in my neighborhood that I did not know about.”

It has been shown that proper prenatal controls (5 or more during pregnancy) and timely (first control within the first 13 weeks of gestation) reduce maternal and infant mortality.

In Argentina more than 30% of women do not comply with prenatal check-ups and almost 1 in 10 have their first contact with the health system at the time of birth.

Chat Crecer is a virtual assistant (bot) based on Facebook Messenger that works outside the health system, identifying and recruiting pregnant women where they are. The bot is designed to accompany women during their pregnancy and the baby's first year with personalized information and reminders of attendance to pre and post natal check-ups.

Simple access and easily scalable (does not require geographic adaptation or additional cost) it’s bridge accessibility to health services for a population that is away from it.

The reduction in three quarters of the ratio of maternal mortality (RMM) in 2015 was the 5th of the Millennium Development Goals. Argentina assumed this commitment, in order to fulfill it, the RMM of 2015 should have reached 1.3 x 10,000 live births. However, the ratio for that year was 3 times higher than desired.

Infant mortality rate in Argentina is also higher than expected, reaching 9.7 per 1,000 live births during 2016. 70% of these cases of infant mortality are preventable.

One of the most successful strategies to reduce morbidity and mortality of pregnant women and their babies is to have at least 5 prenatal check-ups, being the first within 13 weeks of gestation.

Increase the number of prenatal check-ups in women who use it.

Reduce the absence to check-ups by tackling pregnancy fears and myths.

Empower women with information about respected labor and standard practices.

Simplify the access to social benefits linked to pregnancy.

The first stage of implementation is Pilar, Province of Buenos Aires, that has 4,000 deliveries per year and an infant mortality rate of 11 per 1,000 live births. We are enrolling a population of pregnant women to see the evolution and adoption of the bot.

Field implementation is in charge of a team of 10 university students who act as digital literacy teachers who find pregnant women in the waiting rooms of primary care, in school canteens or social events. Obstetricians during controls promote the use of the bot. At the same time, usability tests and analysis of the platform are carried out (topics consulted, questions asked) that allow to implement improvements in the content and the performance of the tool.

In the following weeks, together with the epidemiological team of the Ministry of Health of Argentina, we will evaluate in a sample of 800 women the sanitary impact of the tool, by measuring the prevalence of women with proper prenatal control. If the result obtained from the first stage of implementation shows an positive impact will continue to the stage of expansion, deploying the bot nationwide.

We designed a non-randomized intervention study with two comparison strategies.

One is historical controls reported in a health management system (perinatal information system) employed by the public health services.

The other type of comparison is simultaneous among women who are or are not users of the bot. For this comparison, there is a local database of maternity where the number of controls and characteristics of the birth is recorded, to which will be added, for the purpose of this study, the question of the mother's discharge if she used or not used the virtual assistant.

The variables to be compared include, among others

At the same time we are conducting interviews to measure the satisfaction of our users with the chat. We have interviewed 288 users so far and our chat has a 77.78 Net Promoter Score (NPS).

In the undersecretary of digital government we are a multidisciplinary team of developers, designers and researchers. We work developing the virtual assistant accompanied by the ministry of health, and we are carrying out the pilot test in Pilar thanks to the direction of digital inclusion.

Ministery of Health and Social Development

Some members of the team